Tyler is One Year Old!

I really can not believe my little boy is One year old. It doesn't seem possible we have been through an entire year since he was born. It's been a year of random ups and downs, happiness & emotional times. Overall it's been a great year to look back on. My little beautiful baby boy is ONE. We are blessed by the happiness he brings into our lives. It is so true what they say about Moms and their baby boys. Little boys are so special with their mamas!

Here are some of Tyler's milestones at one year old.

Walking
Sooo close. Not there just yet. He furniture surfs and can stand on his own briefly. Soon he will be walking/running/climbing. (Oh wait he already climbed up on Julianna's chair!)


Crawling
He's been crawling for 3 or 4 months ... he's an expert. Fast little bugger too. 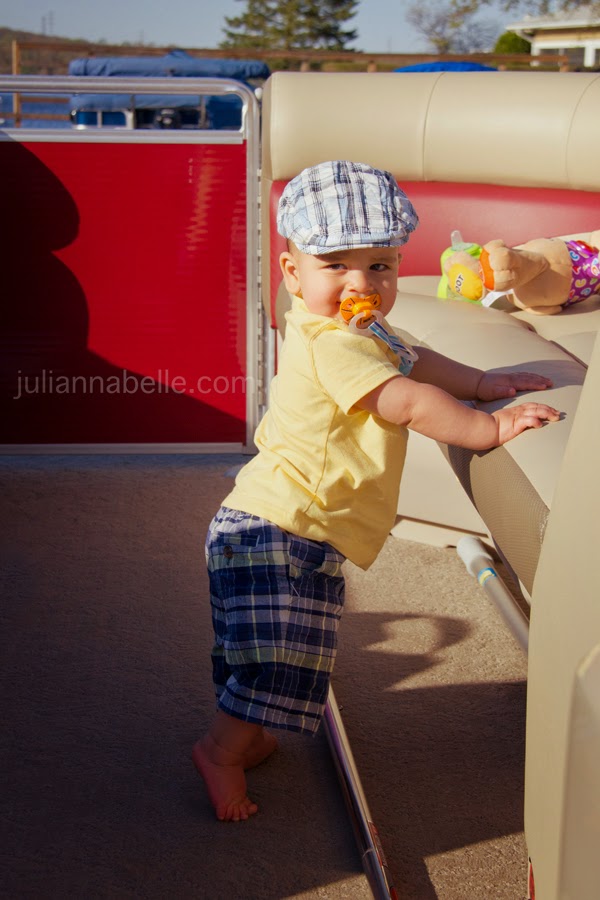 Eating & his routine
Since he only has 3 teeth, he's not eating much more than pureed foods, puffs, and a few mushy finger foods, like small diced bananas. Breakfast is oatmeal with a mixed pureed fruit. Lunch is 2 pouches of mixed veggies/fruits. Dinner usually consists of oatmeal, veggie mix and fruit. Now he is able to eat diced up mushy fruit, we're doing that too. I'll try veggies next. He has a small snack around 11am and then at 3:30 with his milk. The idea of pureed meat in a pouch kind makes me cringe, so we have been staying away from it. Tyler eats some kind of bean every day, so he still gets plenty of protein. The pediatrician said she would like to see him have some meat though, so I am going to start giving him some mushy white fish or chicken. I think he will like it, even with his 3 teeth! We eat meat, so I am not against it, I was just not into giving him pureed meat (yuck!).


What brands of food & milk do we feed Tyler?
His pureed baby food has been either Ella's or Plum Organics. His puffs are Plum Organics also and his crackers are Baby Mum-mums. Those are the best crackers for babies without a lot of teeth that are more than able to eat snacks. His milk is organic whole milk. Pretty much anything I put into him is organic, along with my daughter too!


Formula/Milk
No more formula. Yay! Tyler drinks whole milk now and had no issue moving to milk. He has an 8 oz bottle when he wakes up. Then some milk with lunch. He has 6oz of milk at 3:30 with a snack, and then 4-6 oz of milk before bedtime.  I am working on weaning him over to the sippy cup for milk. He loves water in a sippy cup - and has it with dinner and lunch and morning snack.


Naps & Bedtime
Tyler takes 2 pretty solid naps a day. One in the mid-morning around 9:45-11ish, and the other mid-afternoon around 1:30-3ish. He goes to bed at 8pm and doesn't make a peep until 7am. He is a great night time sleeper just like Julianna. Not as good as a napper but almost.


Teeth
He has 3. That's it. More are coming really soon!


Speaking
Not much. He has his own baby talk. Lot's of it. He babbles on and on and tells us a bunch of stuff in his own language. He does say Mama and dada. He has his own communication with Julianna - baby talk that I think she understands more than we do.


Can you tell he likes his life-jacket? HA! (We will be getting him a new one that is not so stiff) 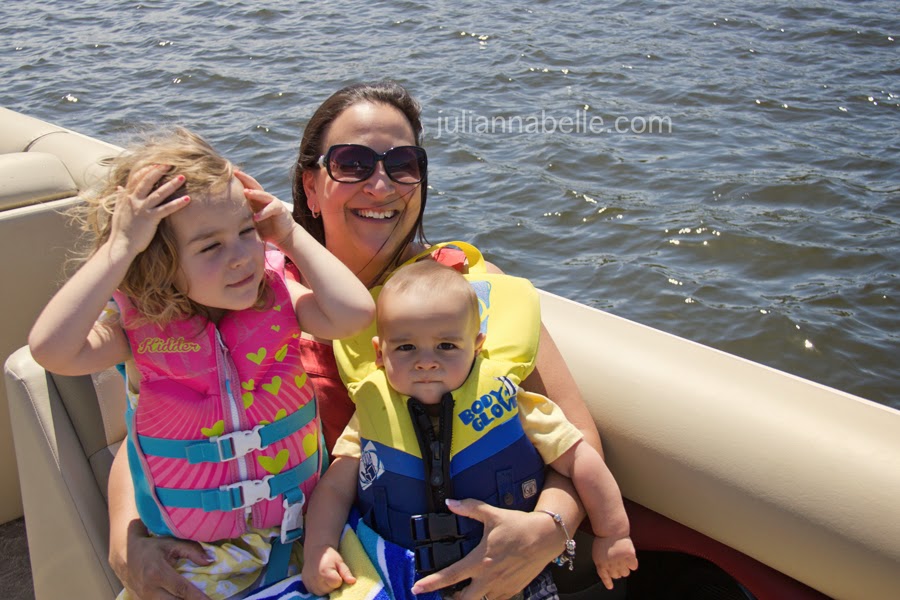 
Other things
He loves to play Peek-a-boo (Where's the baby?!) and laughs hysterically. He likes when someone claps, but he is not clapping yet. He is not waving bye-bye yet - but likes when someone waves to him. He likes pat-a-cake but is still learning how to play it. He is able to figure out shape-sorting toys - he gets the ball in the hole, and is so proud of himself. He also likes to push any toy with wheels; his trucks, school bus, train, dump truck, wheel loader, etc.


The Scar
Tyler's scar from his Open Heart Surgery (from 8 days old) is healing up beautifully. It will never go away, but it won't be as noticeable. (Click here for his story)


Party Time
We threw a combo birthday party for the kids this past weekend, since their birthdays are a week apart. We had a small party at our favorite local pizza place - just family and some close friends. It was fun, the food was great and the kids had a nice time.

Me and my baby boy! This was Mother's Day weekend. 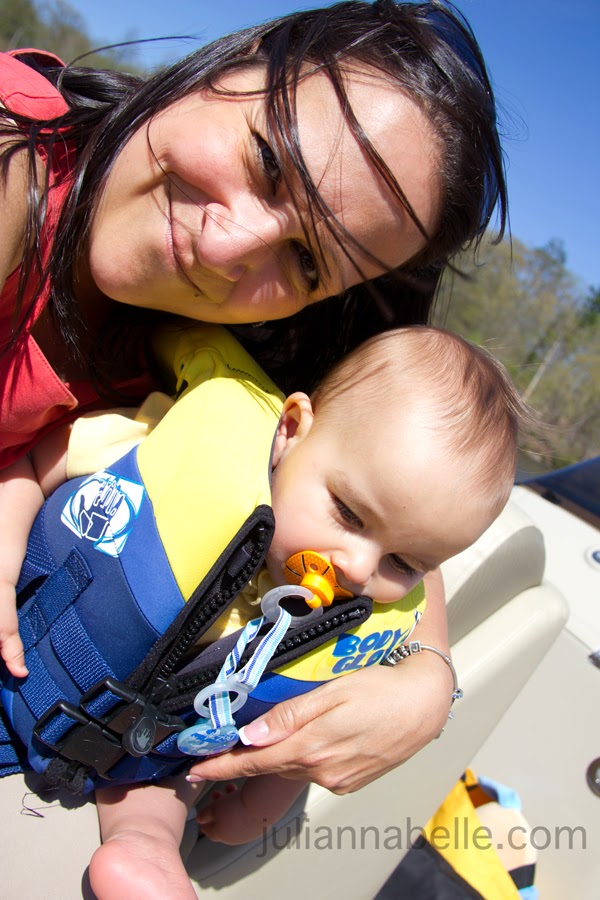