Last weekend, Brian, Julianna and I went apple picking at a local orchard about 30 minutes from our house. We did this last year and it was so much fun that we decided to go back again to the same place.  The farmer told us that this year, they got hit by bad frost in the spring, and they lost a lot of their apple crop. They only had a few orchards open and not nearly as many variety of apples as they had last year.  No Honeycrisps! I was looking forward to those so much! But we did manage to get 2 big bags of Winesaps and another apple that is like Macintosh but I can't remember the name. We need to make applesauce soon before the apples start going bad.

It was a fun time until ...
We stepped off the hayride at the end.
Brian was holding Julianna and a bag of apples...
And he stepped off the hayride wagon, and when he stepped on the ground, he must have stepped on a rock the wrong way, and went down hard. He fell straight down with Julianna...
and the apples went flying everywhere...
Julianna was crying, no she was screaming! Luckily she did not get hurt. She fell hard, but somehow Brian's arm took the brunt of the fall and cushioned Julianna. She just got scared and she didn't like seeing daddy on the ground in pain. Brian did not fair so well. He was in pain. He hurt his ankle really bad and couldn't stand up. A few people ran to get him ice. Another lady was holding Julianna because she was crying hysterically. Another guy and his wife collected all of our apples and put them in a bag, and put them in our car. Everyone was so helpful.
It was no one's fault, he just stepped down wrong. It sucked.
So luckily my mother's house was very close. We went and dropped off Julianna and I brought Brian to the hospital. We both thought for sure he broke it. His foot was X-rayed at the hospital and it turned out to only be a bad sprain luckily, and they sent him home with an Air-cast for his foot. He had to elevate it and ice it for several days. It's been over a week and it's still swollen and hurting him most days. The doctor said bad sprains can take longer to heal than breaks sometimes. Poor Brian. I felt so bad for him.

So anyway, I got some pictures of apple picking, but obviously did not take any of the fall. 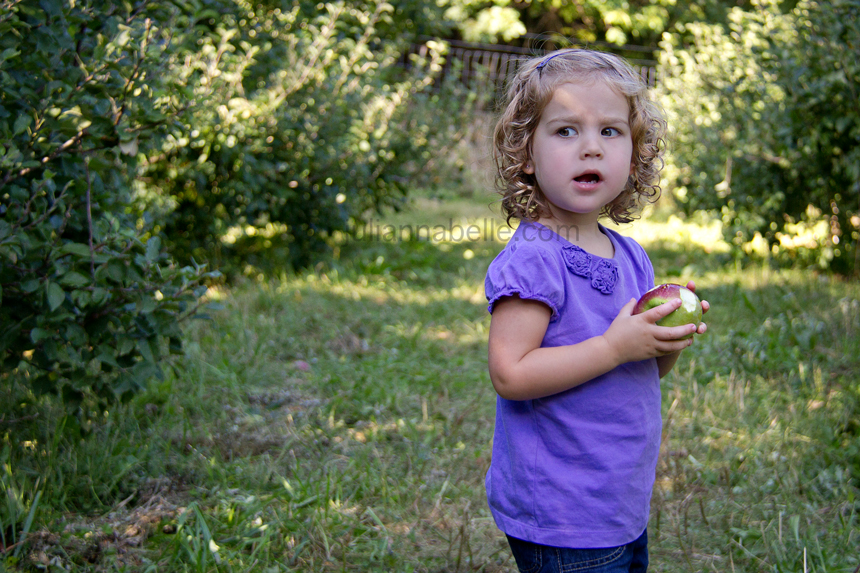 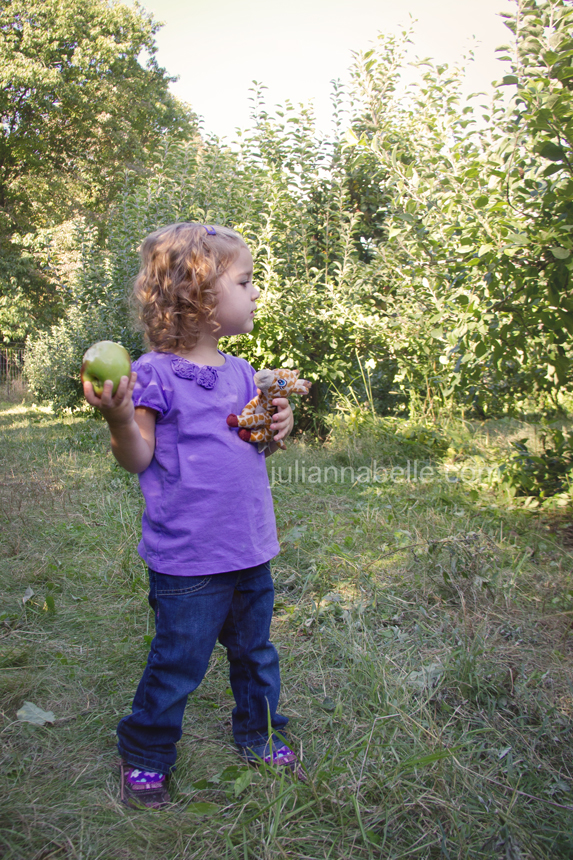 Mmmmmmm! Eating an apple with her favorite giraffe... 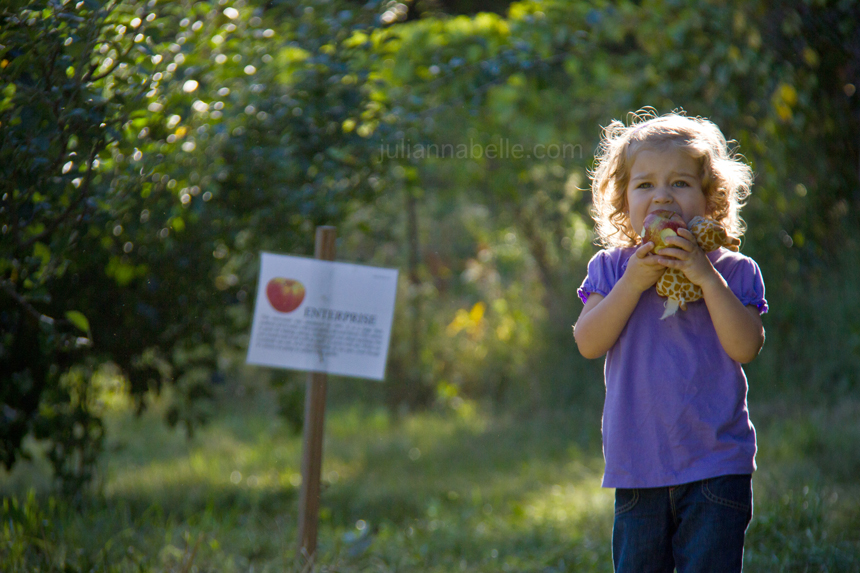 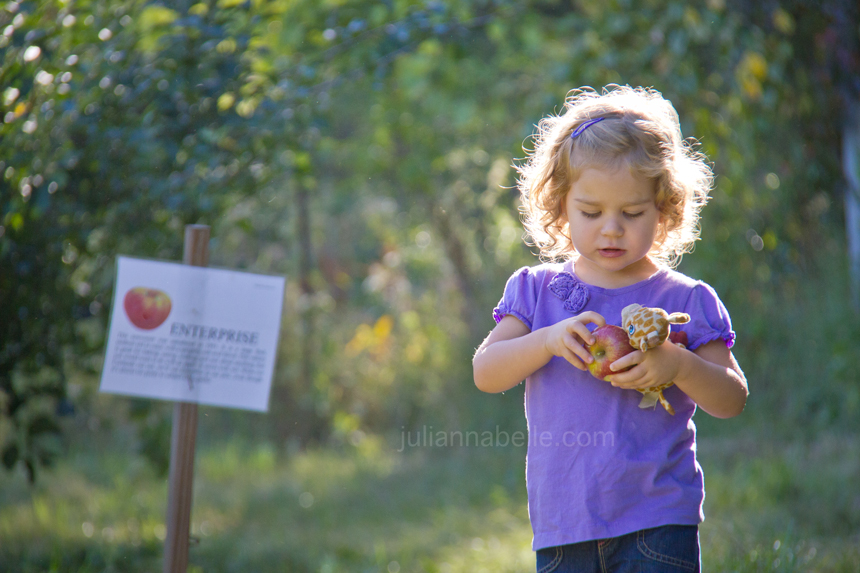 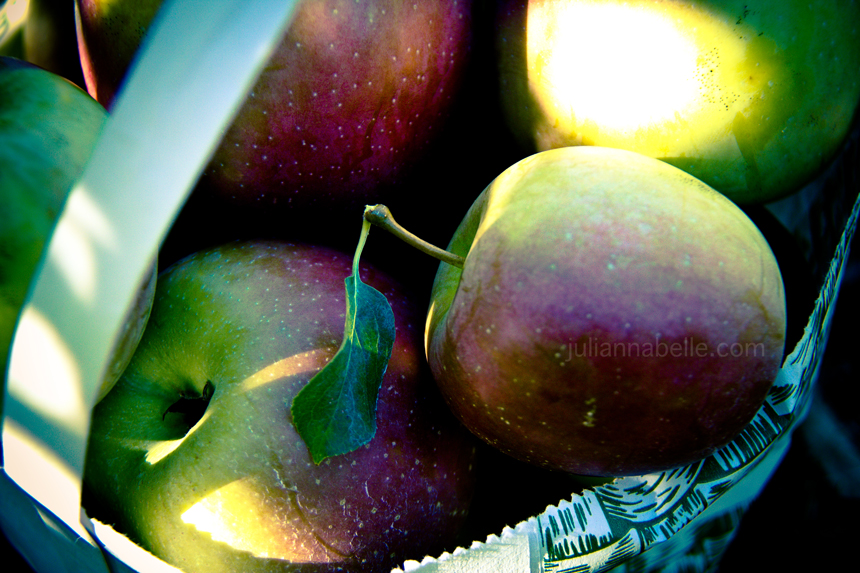 Posing with daddy in the orchard 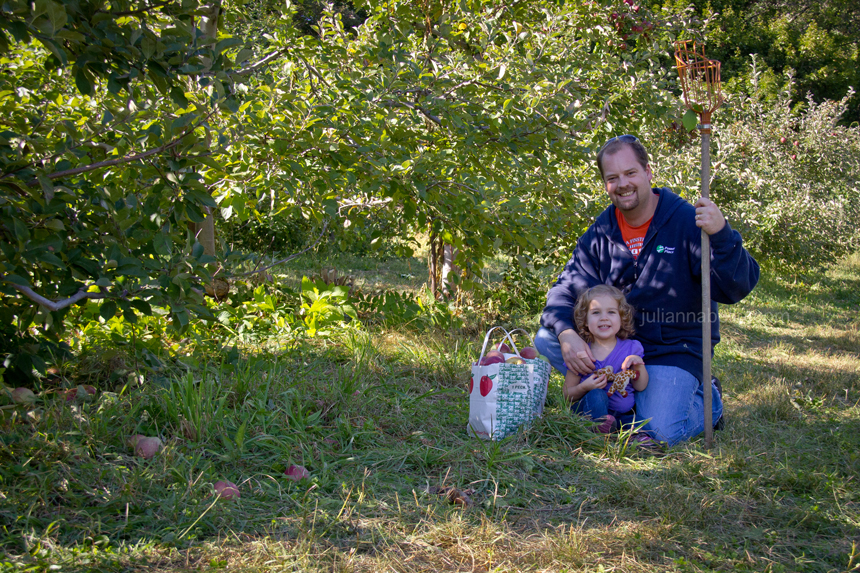 Julianna was having her giraffe pick some apples. God help us if we ever lose the giraffe! 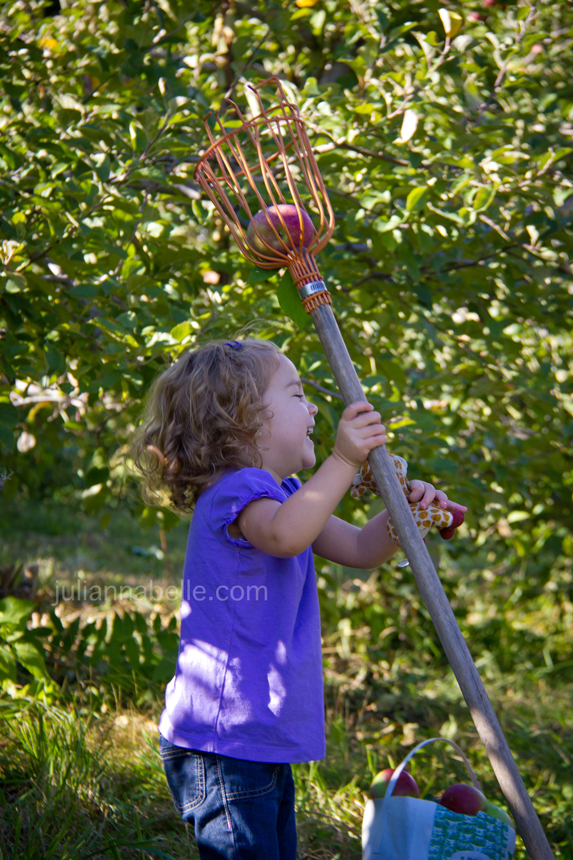 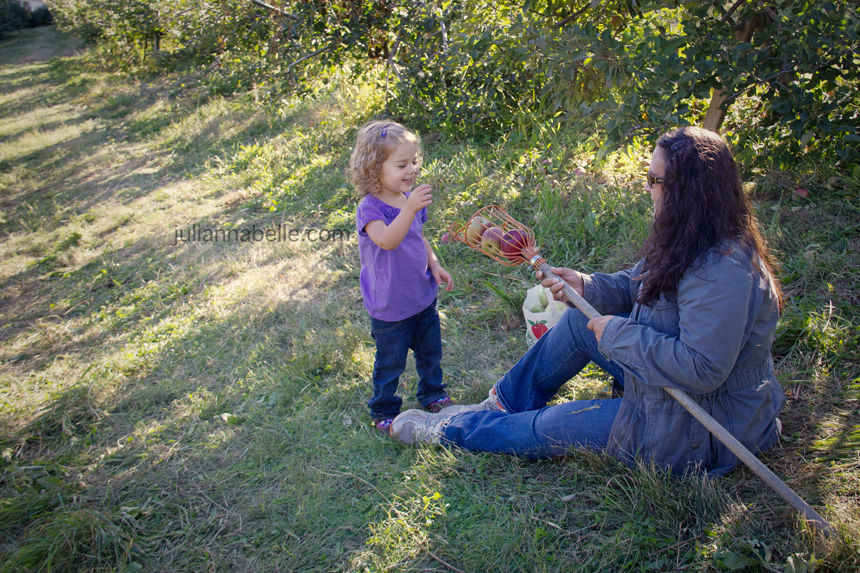 Eating yet another apple sitting on daddy's shoulders 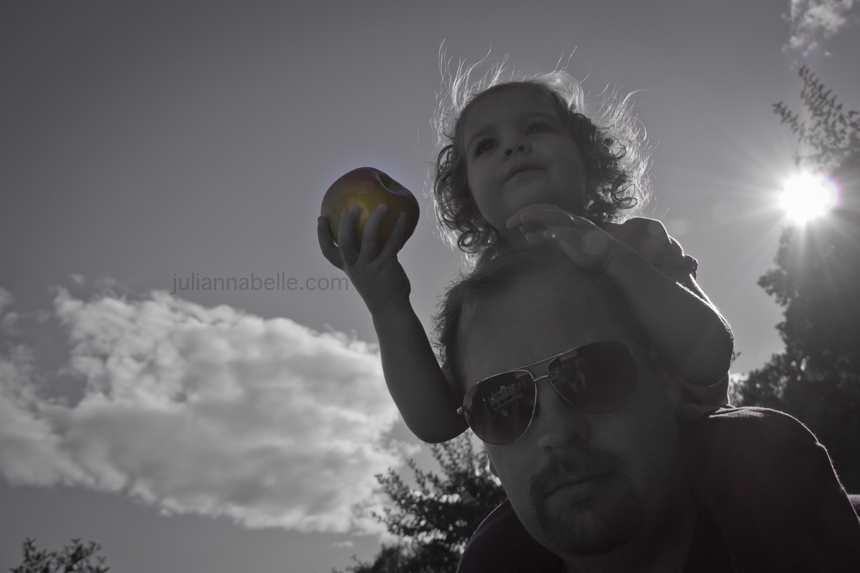 We got our apple loot & headed back to the parking lot 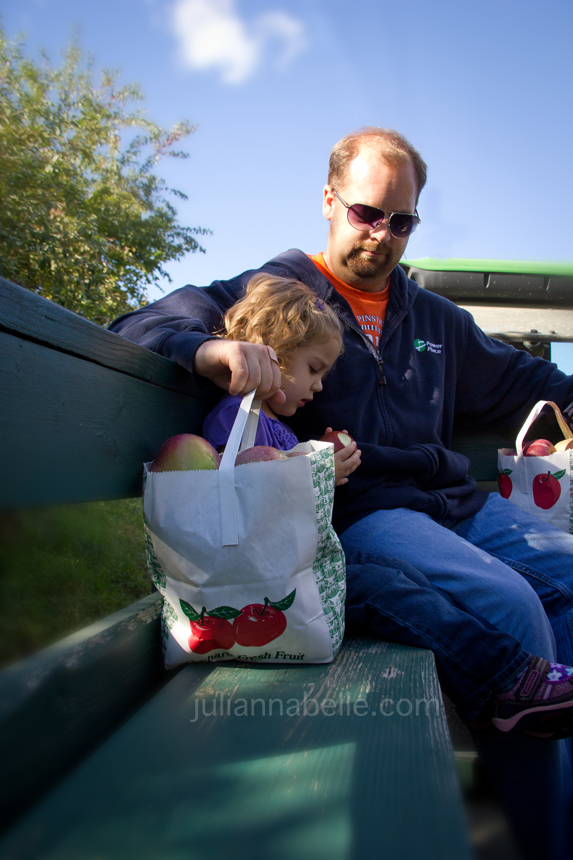 Next week, we are headed to a local farm to pick pumpkins. Not sure if we'll be taking the hayride this time though for Brian's sake!