Yeah I said BAND-ITS.
That's the way Julianna says Band-aids. I love it. (Well, sort of!)
The child is obsessed with Band-Aids. Not just any old band-aids; she is obsessed with Hello Kitty "Band-Its". She will be sitting watching a TV show and will look at us to make sure we are looking at her, and out of nowhere, say "Ouch my finger hurts. I need a band-it! Owwww".

Then she will do her best academy award nomination acting to show me how much her imaginary boo-boo hurts. She will whine & say OUCH over and over until we say OK you can go get a band aid. And then she hops up and sprints to the bathroom cabinet. She must then pick her own Hello Kitty band-aid out (we are not allowed to pick on out for her or a meltdown will ensue!). She takes it apart and puts it on whatever finger she determines is the 'injured' finger at that moment in time. At first we questioned each injury - but now we just know it's band-it time.
You know that saying, "Choose your battles". Well that applies 100% here. It's just not worth the 20 minute meltdown and crying if we say 'no' to a band-it. Sometimes she walks around with 5 band-its on. Fingers, knees, elbow, leg, toes... pretty much anywhere a band-it will stick! I know I can't be alone, can I? Other 3 year olds go through this stage right? There are bigger & better things to worry about in the scheme of life, so this is not something I let bother me too much. I should probably own stock in Hello Kitty band-aids. Really. 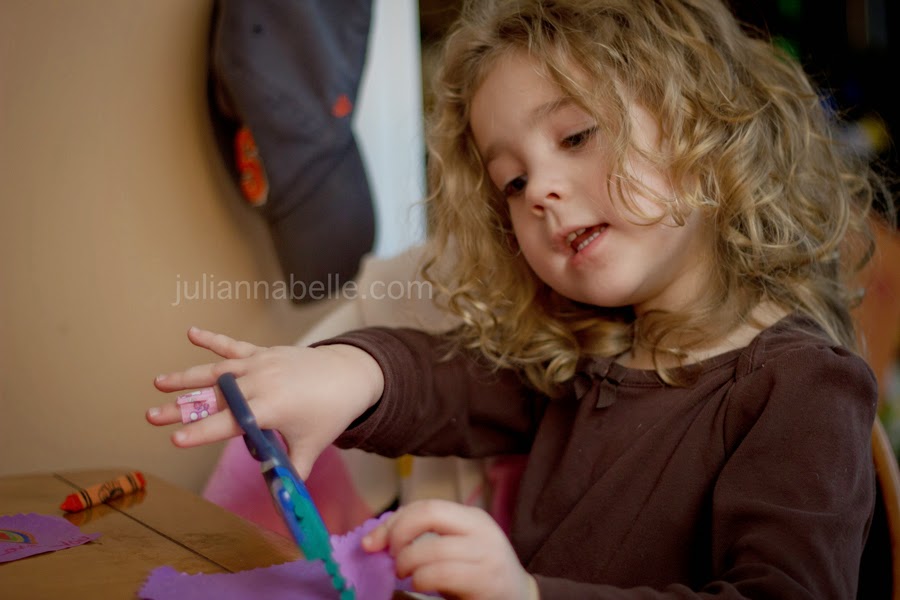 Julianna has so many other quirky little cute & adorable things she does. She is so particular as to what things need to be done a certain way and if it's not to her approval, she melts down. When she eats something (snack or small meal sometimes) in the living room, she NEEDS her "Sticker Tray" to eat off of. That's her tray with the random stickers she has covered it with. No sticker tray = Meltdown. If a specific pair of {Hello Kitty} underwear or socks are not clean, guess what that equals... yup, a Meltdown. No chicken nuggets in the house when she wants them NOW? Yup another meltdown. If we mistakenly pick out her fork for her at dinnertime and don't give her time to pick her OWN fork; that's a meltdown. Apparently it must be a specific fork for that night! No ordinary fork will do, especially one that mom or dad pick out.

Bubble container empty? Meltdown.
Not allowed to play with play-dough 2 minutes before dinner? Full blown Meltdown.
The PJ's she wants to wear that night for bedtime in the laundry? Meltdown deluxe squared.

What is it with 3 year olds? And I thought 2 year olds were difficult. No one warned me about 3 years! What the heck?? And the added drama of throwing herself on the floor as part of the meltdown, actually makes me laugh sometimes so much that I need to turn my head so she can't see me laughing while her world is ending over the wrong color sippy cup. Meltdowns. Meltdowns. Meltdowns. It's par for the course with a 3 year old. Her 4th birthday can't come soon enough. I heard a rumor this crap evens out then.

I thought I was really alone and no one else's child could possibly behave this way. Well, I was wrong again. I am still learning new lessons in this every day {ever changing} schooling of being a mom. Sheesh!

I went to Julianna's school to help out with her Christmas party back in December and had an HUGE "Ah-Ha" moment. All the other kids in her preschool class behaved JUST LIKE HER. It was mass-chaos. All the kids were wild, whining and crazy just like her. None of the kids were listening to the teacher and in their own little worlds, just like her. It hit me that I am not alone. All the moms of these kids go through the same daily battles that I do.

I chalk this all up to being a preschooler. Three years old is a tough age. Four can't come soon enough, however I'm sure age four brings a whole new set of challenges that no one warns you about! You can never be sure from day to day (minute to minute) how a preschooler will behave. One thing I am pretty sure about... We will be buying enough Hello Kitty Band-its during Julianna's childhood to cover an entire New York City block. 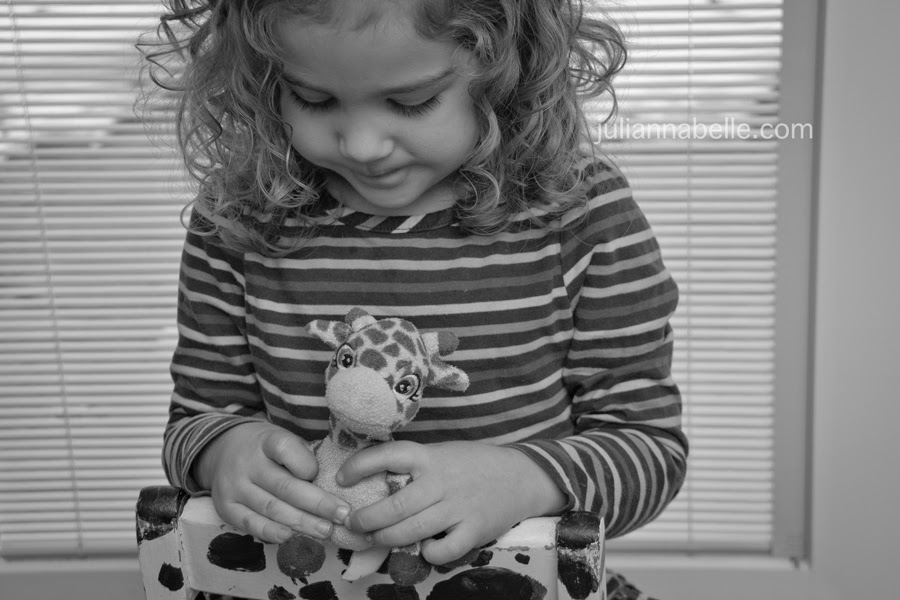