Baby It's coooold outside ...

Brrrrrrr. Chilly weekend. Yes, I do like the crisp fall weather ... but it still takes some getting used to considering I was still sunning-n-swimming just a few short weeks ago! We were at an Oktoberfest party on Saturday and it got pretty chilly to say the least, once the sun started to set.

One quick story about Oktoberfest - Pepper (our 2 year old Jack Russell/Dachshund mix) is a crazy dog for those of you that don't know. She was running around all day in the yard with 2 dogs, about 30 adults, roughly 7 or 8 kids... and an overabundance of food everywhere. Talk about overstimulation for the dog senses. I can only imagine how many hot dogs & hamburgers she scammed from the Innocent. We had been there about 4 hours, and Pepper had settled in where she was trotting from table to table looking for food or kids that would play with her. Then I saw IT happen. There was a table of 8 unsuspecting people sitting around eating various desserts and pastries about 10 feet away from us .... and then I saw HER. My dog. Faster than a speeding bullet, in one swift motion, she hopped into someone's lap, and catapulted onto the table, grabbed a HUGE cupcake in her jack russell mouth, and lunged back onto the ground. She had the whole cupcake, and sharked it down before I could get to her. You ever see on Shark Week, how the sharks eat? Yeah well... that's our dog. And this was one of those cupcakes from a specialty "Cupcake bakery" - it was 3x the size of a normal cupcake. The faces of the people sitting there at the table were, let's just say, priceless. And a handful of others saw it too. It was all over by the time I got to her. Cupcake gone. Every crumb. Embarrassment never to be lived down - Yes my dog is the one I bring to the party and she table hops to steal food. We left shortly thereafter.

Back to the weather...
So with the cold weather approaching, I decided to go through Julianna's hat collection to see what we have that will keep her peach-fuzz head warm. Of course she has already grown out of most of her hats that she hasn't even gotten the chance to wear yet! My next purchase for her will be nice warm hats that fit her big head.  Well of course, I decided she looked sooo cute... and pulled out the camera. It just happens, I can't help it. Here are some pictures of today's hat show. 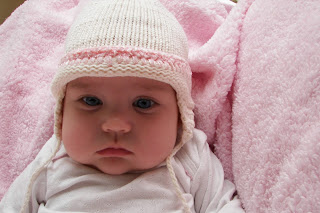 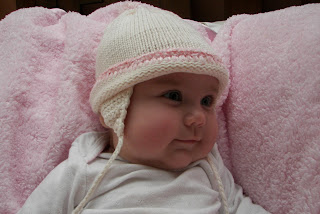 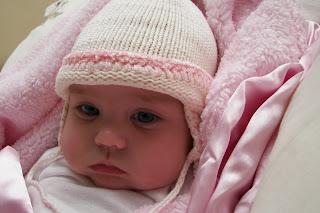 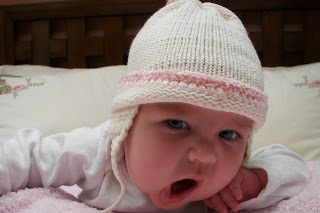 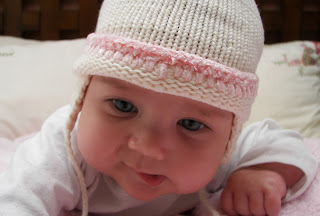 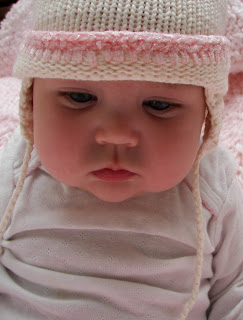 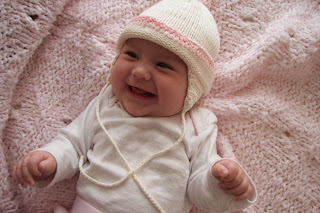 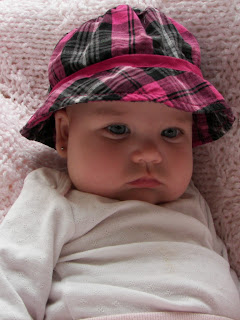 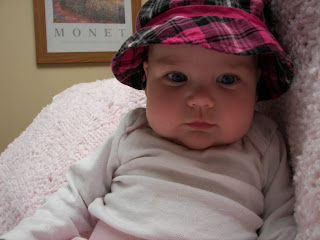