In my blog the other day titled What is fall? - I talked about some things I love about fall. I forgot to talk about the most exciting thing! Fall Baseball! The post season ... and getting to the post season.


This is why I love Baseball. 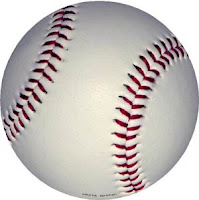 National League
The San Diego Padres beat the San Fransisco Giants again today. The Giants are 91-70, the Padres 90-71. Their regularly scheduled final game against each other is Sunday, and if the Giants win, they clinch the West Division.  The Padres have matched the Atlanta Braves in the Wild Card standings. If the Padres win and the Braves lose, then Atlanta is eliminated, and San Diego is declared West Division champion by virtue of head-to-head.
If the Braves win Sunday and the Padres lose, then the Giants are National League West champs and the Braves are the Wild Card.

National League three-way tie scenario
If the Padres and Braves both win, then all three teams have identical 91-71 records. Step one is determining the division champion. San Francisco would play at San Diego on Monday to decide that one. The loser then plays at Turner Field (Atlanta) on Tuesday to decide the Wild Card.

Following along so far??

American League:  If the Yankees sweep this doubleheader tonight against the Red Sox and the Rays lose, then New York is American League East champion again and Tampa Bay does not have a chance to clinch the division until Sunday.
If the teams finish tied after Sunday's games, then the Rays would be American League division champions by virtue of their 10-8 head-to-head record this season.

I need a degree in rocket science to grasp all this - but boy o boy, it's so exciting when it comes down to the wire like it has!

p.s. I think I heard Julianna say "Red Sox suck" while we were watching the game. Her first words, imagine that. 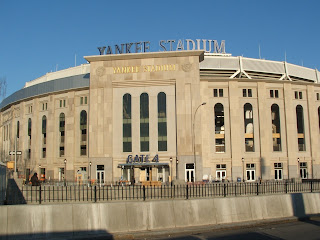