My husband and I went to the Rutgers vs. Syracuse game this past Saturday with 4 of our great friends. A fun time was had by all! It was a gorgeous day, we really lucked out with 65 degree temps! We ended up with quite the funny tailgating story without even meaning to. Oh by the way, my husband is a huge Syracuse fan (so I guess by default, I am too), and they won. The game itself was kind of dull with very little action.

Brian and I were in charge of bringing the food ... Bubba burgers, buns, Brian's famous Sausage & Peppers, chips, macaroni salad... oh and BEER. Of course Beer. By the way, if you've never had a Bubba Burger, you haven't lived. They rock the house! 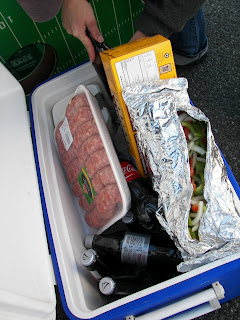 A pick-up truck pulled into the spot next to us. The parking attendant made him park there, right next to us, even though there was 40 other open spots. So we had to move everything out of the way, and it was quite funny because the guy ran over 2 of our chairs, they were caught kind of under his truck trying to pull into the spot. Oops. Luckily they were very cool about it and we all laughed.
Our friends Cindy & Bob were in charge of bringing the grill. They are professional tailgaters, so that should have been no problem.

We unloaded everything ... and opened the grill .... and this is what we see: 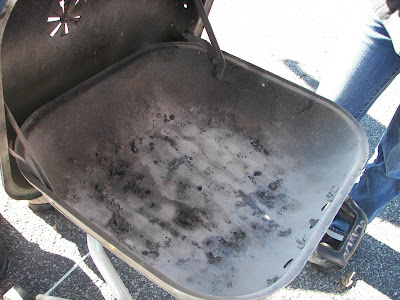 Oops. No Grill Gate.
That sucked. I wish I had a camera to take a picture of our faces when we opened it. Kind of hard to grill anything that way. Who would have thought to check ahead of time, since the grate was there when it was last used! It was a completely honest mistake obviously. OK no big deal ... we just need to figure out a solution. What to do ... what to do?!

My husband and his friend set off on a search to find something that we could use as a replacement grill grate. Someone was on our side that day, because they came back with a refrigerator grating (like the shelf in your fridge!)... and yes it has a coating of plastic on the metal bars. LOL. Not sure where they got it from and we didn't ask - haha!
So we threw it on the grill ... and waited for the thick black poisonous plastic smoke to clear. Please, no environment comments. We know. We know. 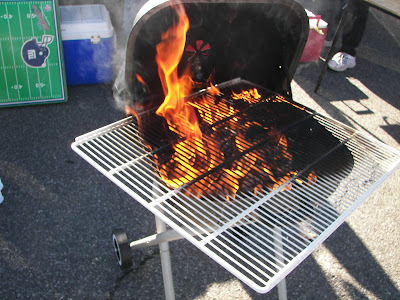 Our tailgate neighbors were thanking us for poisoning them with the smoke - we told them it was payback for running over our chairs when they pulled into the parking spot. They agreed that we were indeed even. They also helped us out by giving us some tinfoil to coat the fridge grate so we could grill safely. 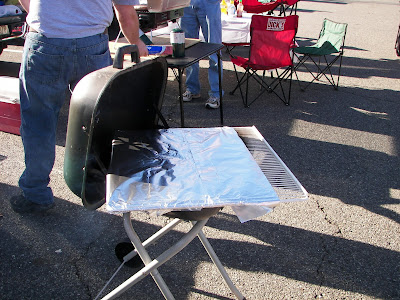 In the end, we were able to grill our burgers, sausage & peppers. They were quite yummy. It was pretty darned funny grilling on a Fridge grating! haha! It was that or no food for us. It created quite the memory for us to say the least. 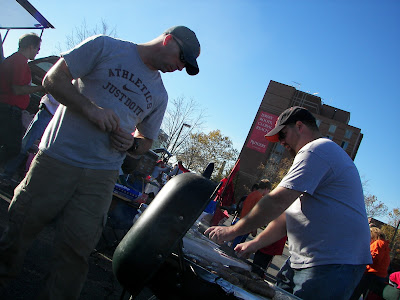 Here is Bob, Brian (my hubby) and Matt. We are proud to say, we had our very own Rutgers Football Alumni player with us - Bob. (In red) He used to play safety in the 80's... and he played the "first ever" game at the Syracuse Carrier-Dome against Joe Morris (you old NY Giants fan know him!). Pretty neat story! 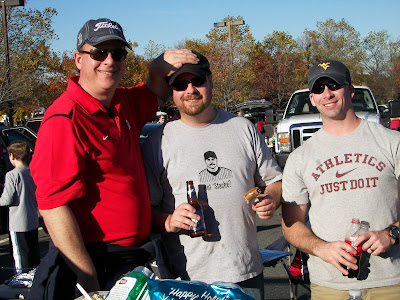 And here we are. Me, Michelle & Cindy. This was Michelle's first live sporting event.
She made it through without dying from boredom. 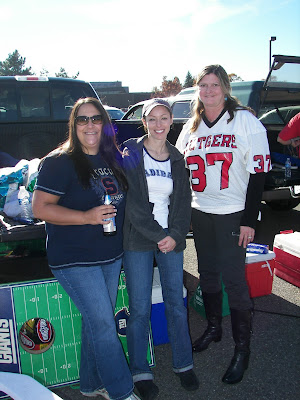 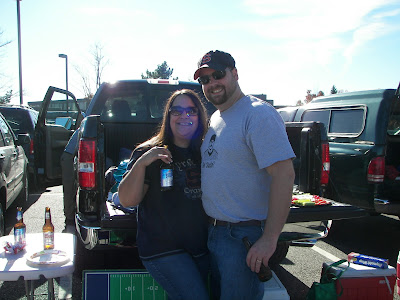 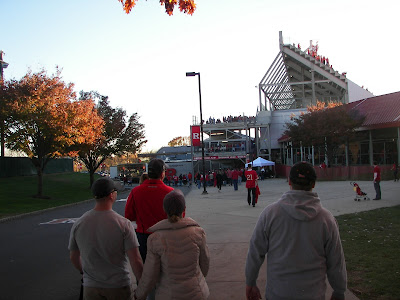 The Red wall of cattle moving up the walkway. Note to the Rutgers Stadium builders, next time build a ramp so more people can squeeze into the stadium at once. 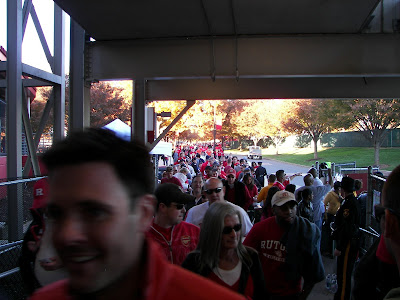 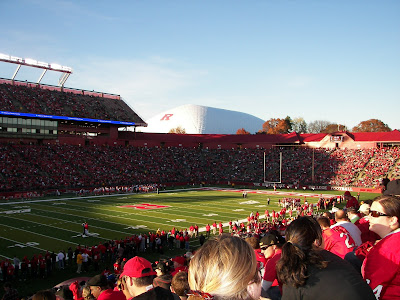 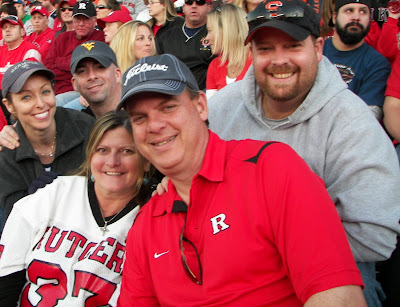 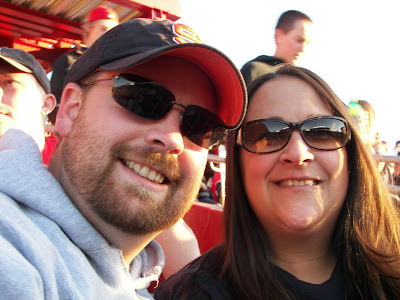 We were out of the house for 10 hours ... and I really missed Julianna. I was going through withdrawal on the way home. I was glad to see everything went perfectly fine with the babysitter. Julianna was already asleep by the time we got home, but I felt the need to pick her up, snuggle her and smell her... I had to put her warm little precious body against me and it made me sooo happy - that 2 minutes made my entire day! ....And she didn't even wake up. I guess that's just a mom thing that ya gotta do.
Extra: Poor Brian got injured at the game... well not really. He was walking to the car on our way home, and twisted his ankle. He had to wrap his foot with an ace bandage, elevate his foot, and he was very pathetic on Sunday. At least he got to spend a lot of time with Julianna on the sofa! 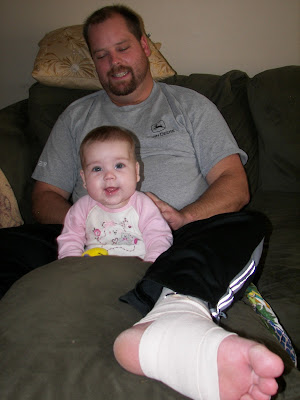