What our babies will never know...

I read an article recently that made me think this would be a great blog topic.
There are some things that our babies born this year (or recently) will NEVER know of! Do you think they will have a clue what any of the following stuff is? Or what about their reaction when you try to explain it to them?! Ha!

VCR's & VHS Tapes
Those big bulky tapes and the even bigger & cumbersome VCR Recorder... I think we even had Beta when I was a kid! And you had to make sure the tape was in the machine in order to record something. Can you imagine?! haha! And remember having to rewind the VCR tape before you brought it back to the Video Rental store? LOL! Around the year 2000, DVD's took over and never looked back. Now Blu-Ray is in the lead and I can't even imagine what's next!

Separation of Work & Home
Most people (including myself) do some form of telecommuting. Gone are the days of everyone commuting to the office and when you come home, you stop working. My husband is always "working" - He receives calls from his customers on the weekends and at night time - He is able to make a sale & write up an order on the spot on his laptop. Technology is a wonderful thing. I never go into the office, I work from home full time and love it.

Movie Rental Stores
"You mean you had to drive somewhere to rent a movie, mom??" - Yeah, can you imagine the hardship?! Thanks to Netflix, Movies on demand, and now through our TV, we can order ANY movie on demand a variety of different ways & never have to leave the house.

Watches
With everyone carrying a cell phone now, why bother to wear a watch? Well, I still do like watches but let's face it, checking the time gives us one more opportunity to check our phone for messages too!

Paper Maps
Remember a time when you had to open & unfold some enormous map in the car, that you could never get folded back up again no matter how hard you tried? Now in this world of GPS & Google Maps, the paper map has become extinct. GPS might be one of the best inventions ever.

Wired Phones & Long Distance Phone Bills
A phone hard wired to your wall? What? And you pay $35 a month (or more) to be able to use that archaic privilege? Ha! I personally have not 'cut the cord' so to speak... yet. It's coming soon. It's not like anyone uses the home phone. It's a big paper weight. If you need to get me, you get me on my cell. End of story.

Newspaper Classifieds
Extinct too. In this world of Craigslist and online newspapers... I am sad to say newspapers and the classifieds that go with it are becoming a thing of the past.

Dial Up Internet
Dial up What?? You mean, you had to dial into your Internet provider using a 56k modem  ... and then once you got connected, it still took 14 minutes to populate one web page?? That is almost as old as the dinosaurs! (When I was a child, I asked my mother if she there were dinosaurs around when she was a kid - she still never lets me live that one down to this day!!)

Encyclopedias
I remember as a kid, the door-to-door salesman that came to our house and sold my parents those HUGE ugly books that weighed like 5,000 pounds! They took up 3 bookshelves and it took 4 hours to find one bit of information?! Yeah well, our children will not be able to grasp that concept b/c you can find everything you ever wanted to know in 1.2 seconds on the Internet. I would love to do a homework assignment now with the Internet available to me- Can you imagine?! 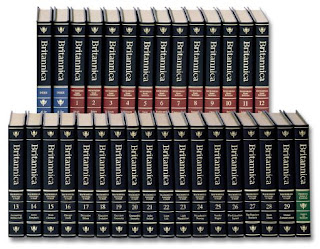 CRT TVs
"Mom, you mean when you were little, your TV wasn't flat screen & didn't hang on the wall and wasn't high-def? And you didn't have 893 channels to choose from? How did you survive??"  CRT is Cathode Ray Tube TV (the kind with the big back). Yup, the CRT TV's  demise is eminent.

Long Lost Friends
The only long lost friends will be those that are not on social networking sites... which will be no one unless you live on the "Lost" Island! Your child will be able to talk to every single person they ever meet in their lifetime due to the wonderful world of social networking, emails, cell phones, texting, etc...

CD's & CD players
(Ha! I even had several cars with cassette tape players! Wow!). Most cars still have CD players, but I suspect those will be phased out soon since MP3 players are now taking over in the car audio systems. Most cars come with the MP3 jack or the ability to upload a massive amount of music directly to the car's hard drive. That along with the ability to put as much music onto something the size of a credit card, will soon make the CD completely extinct. I can't remember the last time I played a CD truthfully.

Film Cameras
I can see it now - "Mom, you mean you could only take 36 pictures at a time, and couldn't even see them first, and had to take the film to the store to get developed? And you had no way to photoshop them?" LOL!! Ah, she will think we were technological barbarians!

Wired connections
Computers or phones connected by wires? TVs or other electronics connected by wires?? Nope, our kids will know no such thing. I discovered a new SD card for your camera called "Eye-Fi" and it talks to your home network... and you can download your pictures/videos without having to remove the card or connect your camera to your PC. Pretty cool.

Pensions & Retirement benefits (and probably social security!)
Our children will never be lucky enough to work for a company that actually offers pensions or benefits when they retire. I am skeptical as to whether or not Social Security will be around for them. Heck, I am skeptical if it will be there for me. We will be teaching Julianna the importance of having her own retirement account as we are teaching her the ABC's!

Mail, bills & writing checks
Can you say "Online Bill Pay"... and Paperless Billing. I was forced to write a check for something the other day and it took me hours to locate my checkbook and brush the dust off it!

Radio
Going ... Going ... Gone. I only turn on my tuner to listen to Local Sports talk on AM radio. That's it. Everything else is Satellite Radio. No more static or long commercials breaks.

Our babies will never know a world without this technology:

Can anyone think of anything else ?? 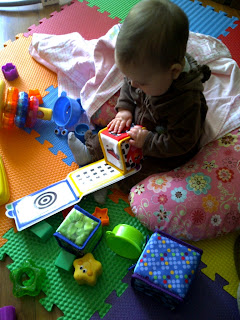